Advanced Cybersecurity Threats compromise software and automatically propagate from host to host all over the Internet, without any end-user intervention. The massive infection of hosts can disrupt many services and cause annoyance, significant financial loss, or even affect the operation of life-critical infrastructures such as nuclear plants, and hospitals. The ReAct (H2020) project, funded by the European Union, aims to fight software exploitation, and mitigate such Advanced Cybersecurity Threats in a timely fashion, based on four complementary actions:

Actions of all four components are projected through a visual interface, which increases situational awareness for the entire life cycle of the product.

The Foundation for Research and Technology – Hellas (FORTH), established in 1983, is the largest Greek State R&D Centre. FORTH hosts six major Research Institutes. The Institute of Computer Science (ICS) has established an internationally acknowledged excellence in conducting basic and applied research, developing applications and products, and providing services. FORTH, besides its pioneering contributions in the sector of Information and Telecommunications Technologies in Greece, cooperates, in the context of European and international collaborative R&D programmes, with universities, research centres and other organisations at national and international level, thus contributing to the exchange of scientific ideas and the creation and transfer of new technologies. The research directions at ICS take into consideration the state of the art, international trends, research and technological challenges worldwide, as well as the national needs of the public and private sectors. FORTH represents Greece in the European Research Consortium for Informatics and Mathematics (ERCIM), an organisation dedicated to the advancement of European research and development in the areas of information technology and applied mathematics.

The Vrije Universiteit Amsterdam (VUA), established in 1880, is a private University located in the southern part of Amsterdam, The Netherlands. It has over 15,000 students studying in 12 faculties. The Computer Science Department is in the Faculty of Sciences and its staff consists of about 60 researchersand counts more than 40 Ph.D. students. The department has participated in many EU projects in the past.

The University of Cyprus (UCY) is the largest University and main research organisation in Cyprus. UCY has a student population of 7,000 (2,000 graduate). The Department of Computer Science has 22 faculty members, and 100 postdoctoral researchers and PhD students. The Department publishes more than 100 journal papers per year and attracted a total funding of more than 30 MEuro in the last decade. UCY participates through SREC (Security Research group) and LINC, Laboratory for Internet Computing (linc.ucy.ac.cy/), which has extensive experience in network-centric computing and software for large-scale distributed systems: Cloud, Grid, Peer-to-Peer and Vehicular Computing; Trustworthy Cloud Computing; Security; Content Distribution Networks; Semantic Web and Web 2.0 technologies. LINC has established and operates CyGrid, the Cypriot node of the European Grid Infrastructure EGEE, and the Cyprus Certification Authority (CyCA).

Eurecom is a non-profit research and teaching institute. It was founded in 1992 by EPFL and Telecom Paris. It specializes in communications and network engineering. Eurecom’s academic and research activities are organized in three departments: Mobile Communications, Multimedia Communications and Corporate Communications. The Corporate Communications department consists of six professors and assistant professors, two research engineers, a dozen junior researchers and a number of master students. The security of mobile devices as well as the monitoring and modeling of Internet threats are among its main areas of research. The group has established an international reputation and its members are well involved in their respective scientific communities.

The Ruhr-University Bochum (RUB), located on the southern hills of central Ruhr area Bochum, was founded in 1962 as the first new public university in Germany after World War II. The Ruhr-University Bochum is one of the largest universities in Germany and part of the Deutsche Forschungsgemeinschaft, the most important German research funding organization. RUB with its 20 faculties (RUB’s disciplinary institutional units) is home to 5,200 employees and over 42,000 students from 130 countries. All the great scientific disciplines are united on one compact campus. The Horst Gortz Institute for IT-Security (HGI) was founded 2001 at RUB to cope with the Europe-wide deficits in the field of public research on computer security. Thanks to its financial and staff facilities, as well as, its broad disciplinary range, the HGI is one of the world’s leading institutions in the field of computer security
research. 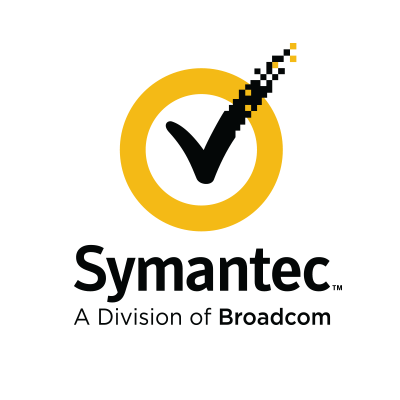 Founded in 1982, Symantec has evolved to become the global leader in cyber security, with more than 11,000 employees in more than 35 countries. Operating one of the worlds largest cyber intelligence networks, we see more threats, and protect more customers from the next generation of attacks. We help companies, governments and individuals secure their most important data wherever it lives. Thanks to large portfolio of cyber security products, since decades Symantec has been successfully protecting hundreds of millions of end-point and hundreds of thousands of enterprise customers against cyber attacks. The category of security products Symantec offers include endpoint & hybrid cloud security, information protection, web & cloud security, messaging security, cyber security services and website security.